“Bigger and brighter things are yet to come for 2020,” says Blueblood Thoroughbreds’ Director, Carol Walsh. This year commenced with a win for Euro Hustler and Entitlement and that winning streak continues with 3 more winners for Blueblood this week, She’s Our Reward at Wagga on Tuesday and Mister Ballistic & Ready By Design with a double at Wangaratta today.

“A super and most rewarding win (pun not intended) by She’s Our Reward at Wagga earlier this week. We have always known that she has had the ability to produce a win like this and it is so great to finally see it come to pass and her owner’s patience be rewarded,” commented David Mourad, Racing Manager for Blueblood.

“Jake Duffy rode her perfectly but credit must also go to John, Chris & Brad Ledger and their team at Wangaratta for having her in such great order this preparation. They have trained more winners for us (apart from Mick Price) than anyone else over the years, and they have done a super job with this mare. She looks a million bucks and raced that way too,” said David.

She’s Our Reward (by Reward For Effort) was a cheap purchase from the Inglis Vobis Gold Yearling Sale at just $10,000. 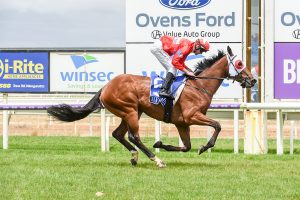 “A huge win by Mister Ballistic (pictured above) at Wangaratta today. We thought he was a strong winning chance and certainly capable of doing so, but to see him absolutely annihilate the field, well that was incredible and a bit of a nice surprise. I thought Clayton Douglas rode him well, he went forward and got in a good position. Mister Ballistic wanted to overdo it a bit early, but Clayton got him to settle and brought him out at the top of the straight where he was just too good,” says David.

Mister Ballistic (by Smart Missile) was Blueblood’s first winner for the Anthony Freedman stables. He was purchased from the Inglis Classic Yearling Sale for just $18,000 and has had 3 starts for 1 win and 2 placings.

Ready By Design shortly followed in Mister Ballistic’s footsteps winning the next race in his debut run, giving Blueblood, Anthony Freedman and Clayton Douglas a winning double for the day.

“It’s not easy winning on debut, especially when up against some more experienced horses, but he was well ridden by jockey, Clayton Douglas, who actually rode the double today for Blueblood and Anthony Freedman”. reported David. 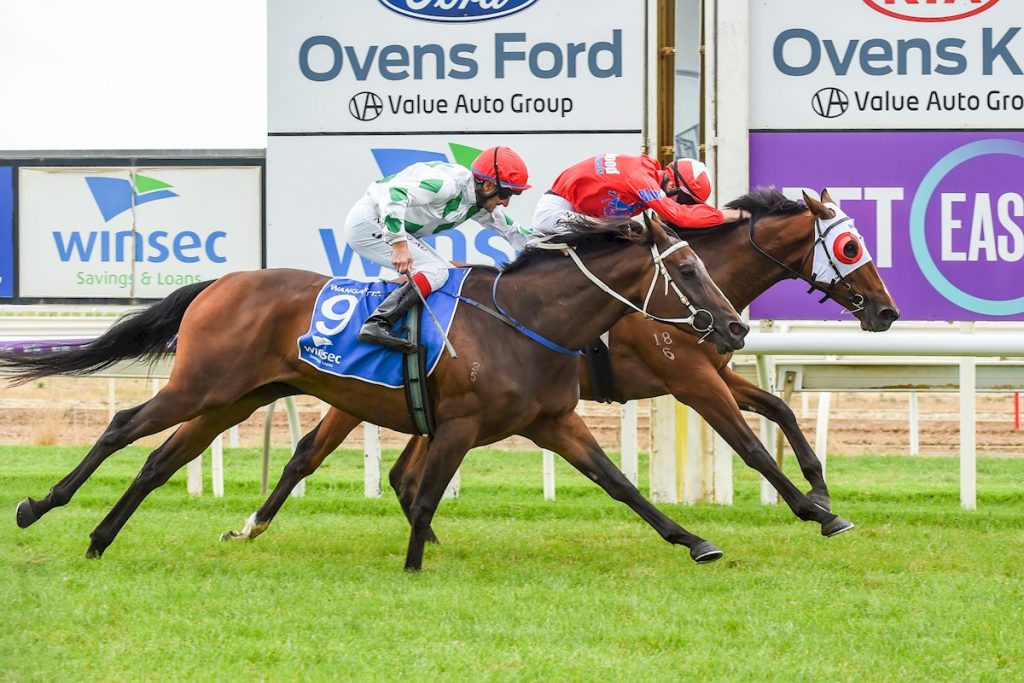 “It wasn’t unexpected to see Ready By Design (pictured above) win today especially as his trials weren’t bad, and I knew that once he got over the right trip, he was going to show good improvement. I would have been as happy just to see him run well on debut but obviously a win is a huge bonus and fantastic for all involved. I’m sure there is a lot more improvement to come,” David further comments.

Ready By Design is a 3YO gelding by Master Of Design and was bought for just $16,000 from the MM Adelaide Yearling Sale.

Director of Blueblood stated, ‘These thoroughbreds were affordably priced, so it just shows that you don’t always have to spend a lot of money to get involved in syndication and owning shares in a racehorse. I spoke to a few of the owners today and they were simply ecstatic to see their horse win as though they had won a Group 1 race. 5 winners so far this year and I know there is more to come, so for anyone wanting to get involved, do contact us as we have a variety of yearlings and 2yo’s to suit everyone”.

Shares still remaining in a cracking Dissident colt trained by Anthony Freedman who has already shown he has good ability. He heads into Anthony’s stables next week for his second preparation. Don’t miss your opportunity to race a horse with Anthony Freedman.

Contact Blueblood on 02 9937 2000 for further information or visit www.bluebloodthoroughbreds.com.au

Bigger and brighter things are yet to come for 2020