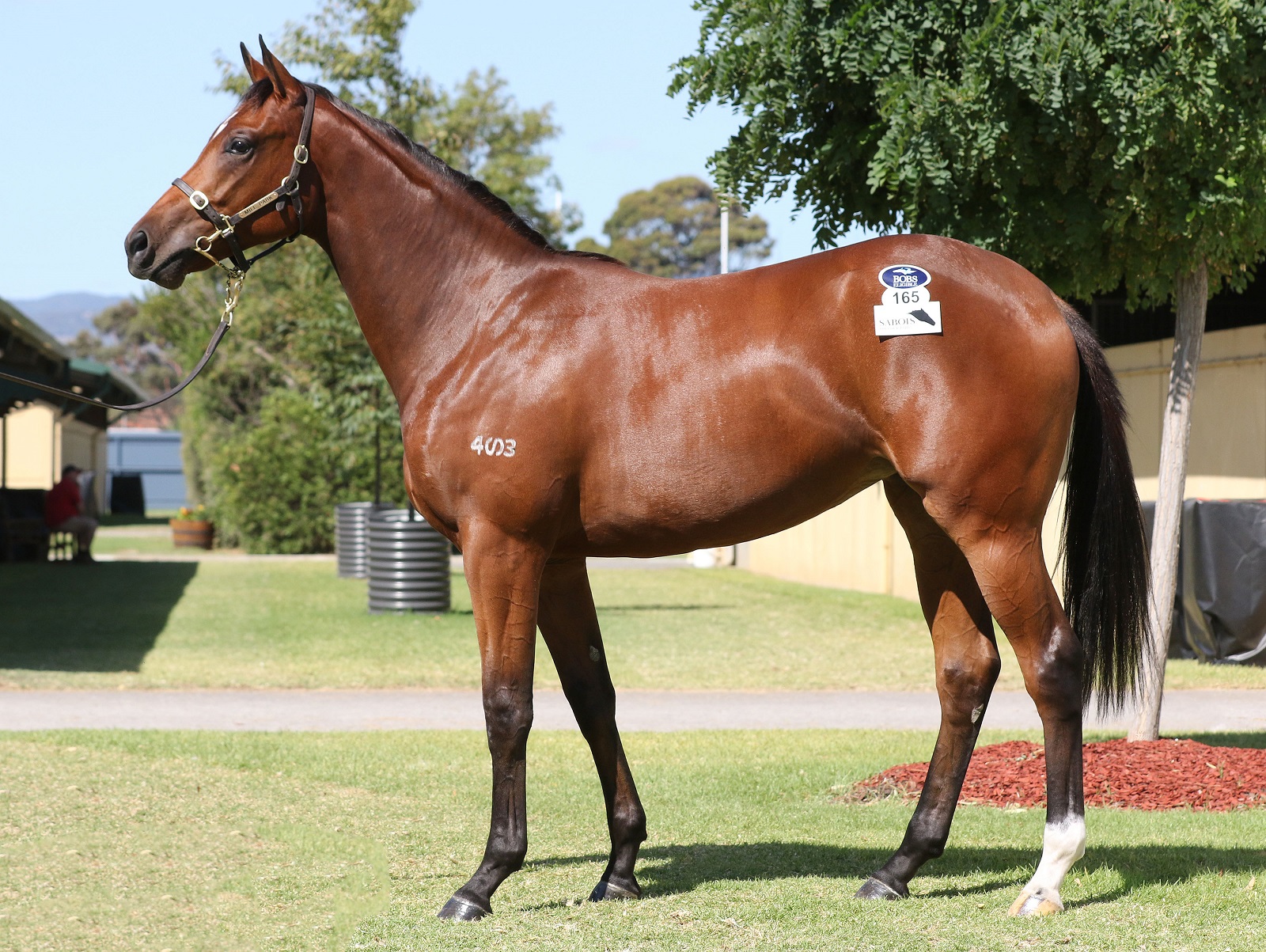 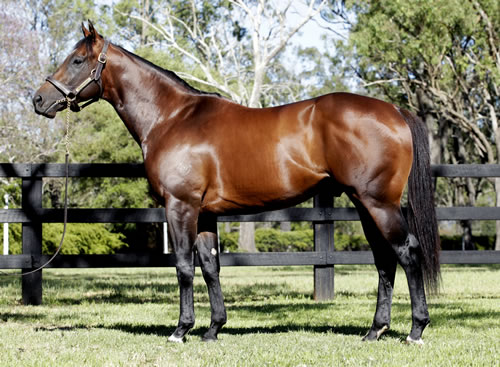 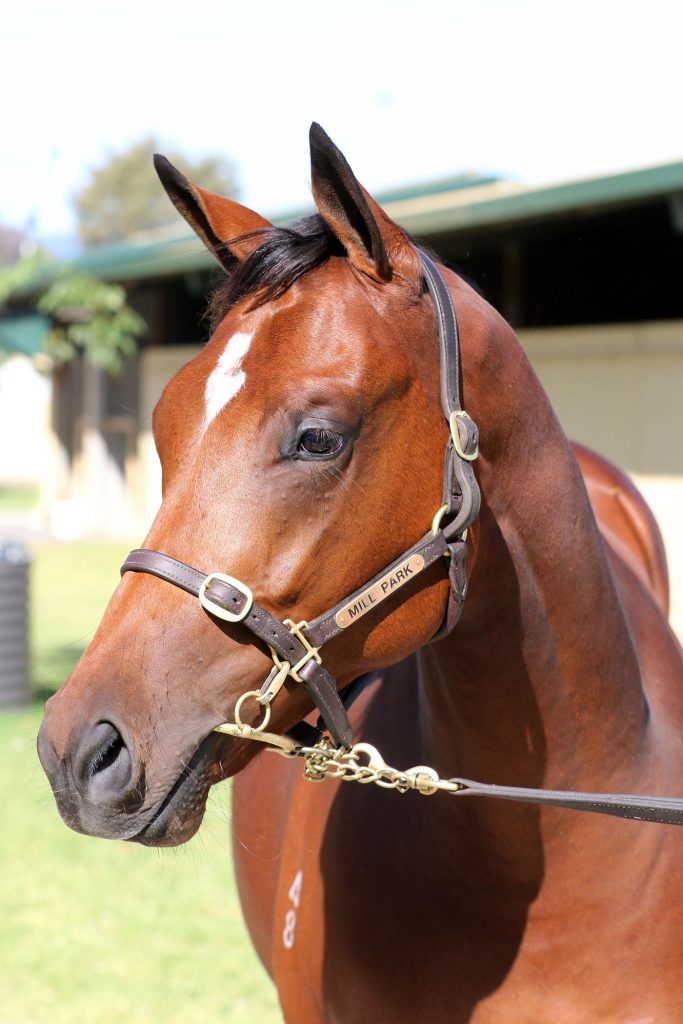 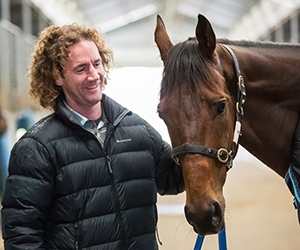 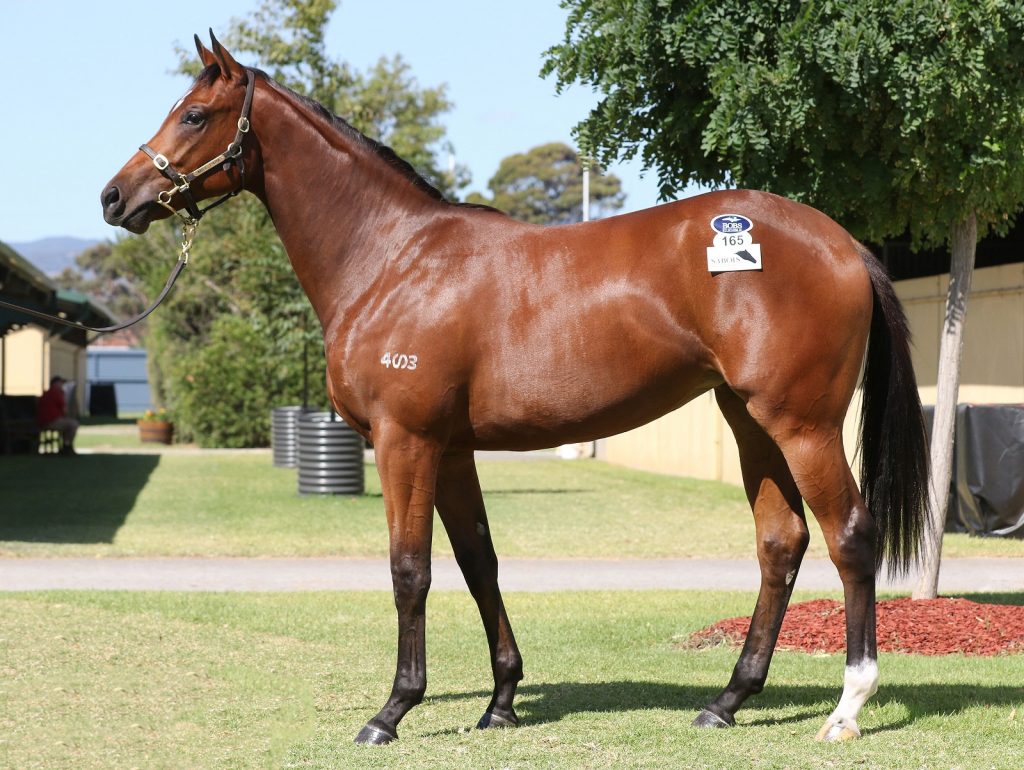 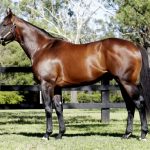 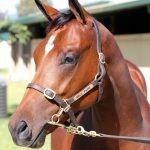 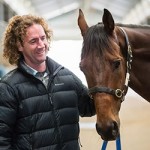 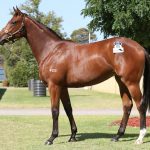 This filly was purchased in partnership with Ciaron Maher and David Eustace from the well renowned Mill Park draft at the Magic Millions Adelaide sale. This is one beautiful chestnut filly by Foxwedge and was definitely purchased for great value.

She has powerful gaskins and above all, a great action. Short cannon bones while lots of power in the hind-quarters. Big deep girth also great shoulders. She looks like an early jump and run speed filly. Good boned, good size and lots of scope about her and there is a lot to like.

The Foxwedge filly is currently being broken in at Doran Park by astute educator, Gordon Pratt.

She will boast the Ciaron Maher and David Eustace team polish and as a result they will give her the best chance to succeed at the track.

This filly is well-bred being closely related to 3 individual Black Type winners including 11 at Group 1 level, 6 at Group 2 level and 4 at Group 3 level.

Our filly has passed 100% clean on his scope, x-ray and clinical examination.

With his oldest progeny being only 5YO’s, Fastnet Rock’s extremely talented Group 1-winning son Foxwedge, Champion Second Season Sire of his year, is a stallion that has so much more to offer. The opportunities for not only local, but international breeders, are endless.

With Group 1 winners in three different countries. Foxwedge has echieved success in a further 16. The progeny of Foxwedge have clearly shown their global appeal through his impressive looking, precocious yearlings, who continue to train on.

James Price, General Manager Commercial at Woodside Park Stud said: “Foxwedge is a Group 1 winner who produces impressive stock that captures buyers’ attention. Coupled with this, his ability to get stakes horses (8.5%).

WHATALOVELYDAY by Domesday was an impressive racehorse of her time competing in town for the majority of her career. She racked up an impressive record, 3 time city winner and placing 6 times in town including a placing at Group 2 level.

She is a double cross of Danehill and Danbird. A dam that hails from one of the strongest pedigree pages in Australia, the Leica Family. Hails Light Fantastic, Leica Lover and many more.

Ciaron Maher took his first tentative steps in racing as a teenager, working with a trainer after school each day. He was an apprentice jockey with Peter Hayes in Adelaide and Melbourne before becoming an accomplished jumps jockey, competing in Australia versus Ireland jockey challenges and riding in England, Ireland and Dubai.

In 2005 he established himself as a trainer in Warrnambool, home of jumps racing. Spectacular Storm in a hurdle race at Terang was his first winner, then another win at Sandown. Ciaron Maher has since moved to Caulfield, where he has expansive stables on the course. He has retained facilities in Warrnambool, which suit horses in need of a country setting. Cairon also has and has secured new premises at Randwick. At his property in Pakenham, on the edge of Melbourne’s suburbs, he has agistment and pre-training facilities.

A young trainer with an eye for picking winning prospects at yearling sales. He has built a stable of loyal owners as well as successful horses. Ciaron Maher welcomes first-time owners as well as experienced racing hands. Regarded as hard-working, thoughtful and, above all patient. Each horse will be given every chance to develop its full potential.

Ciaron Maher discovered the thrill of Group 1 success in 2007 with TEARS I CRY winning the VRC Emirates stakes at Flemington.