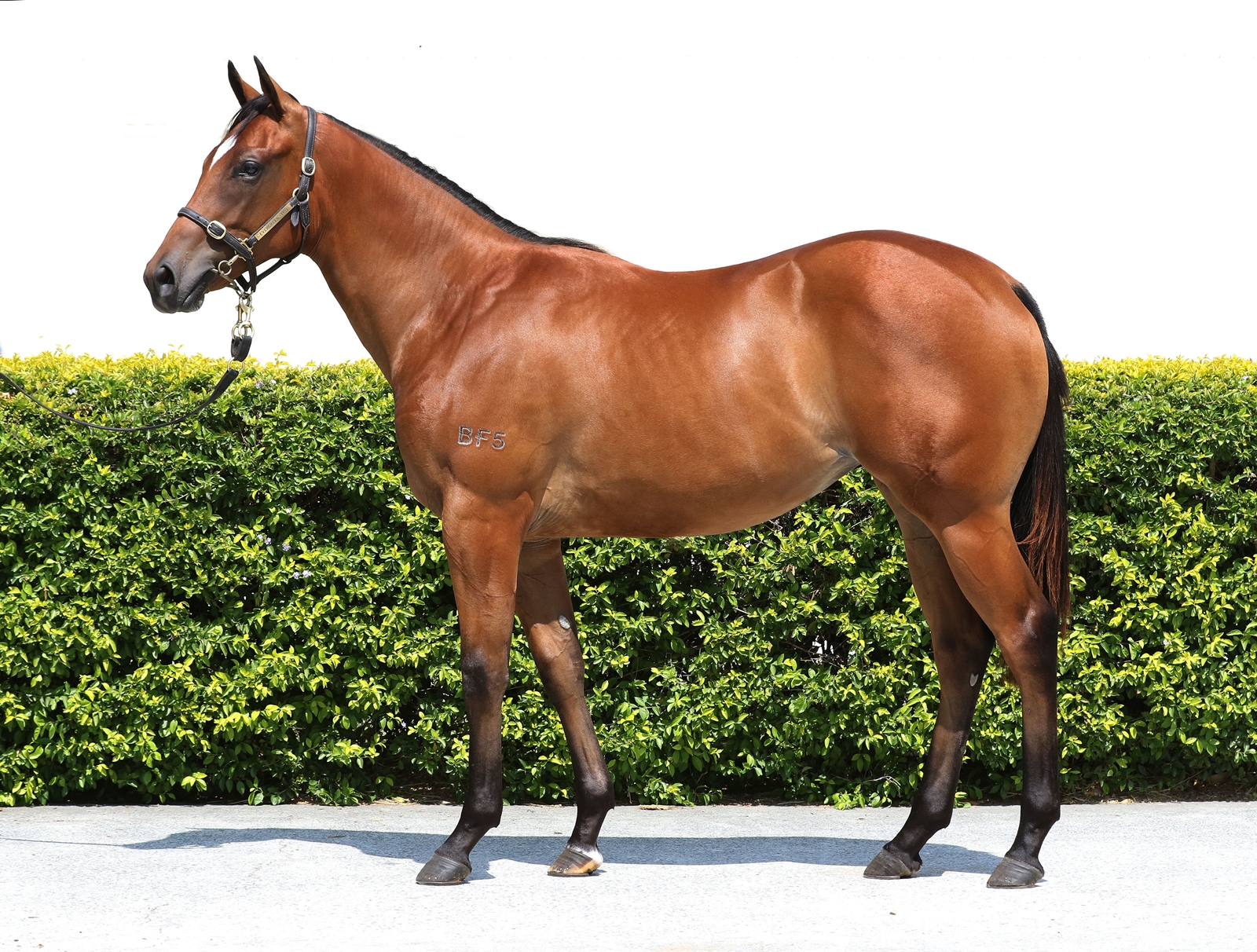 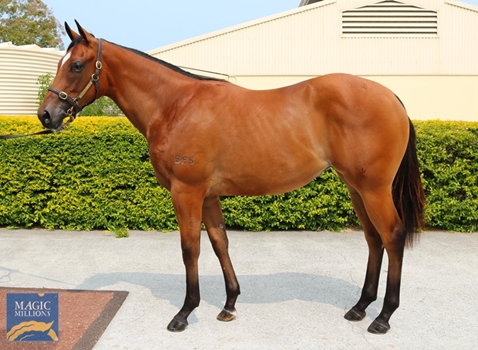 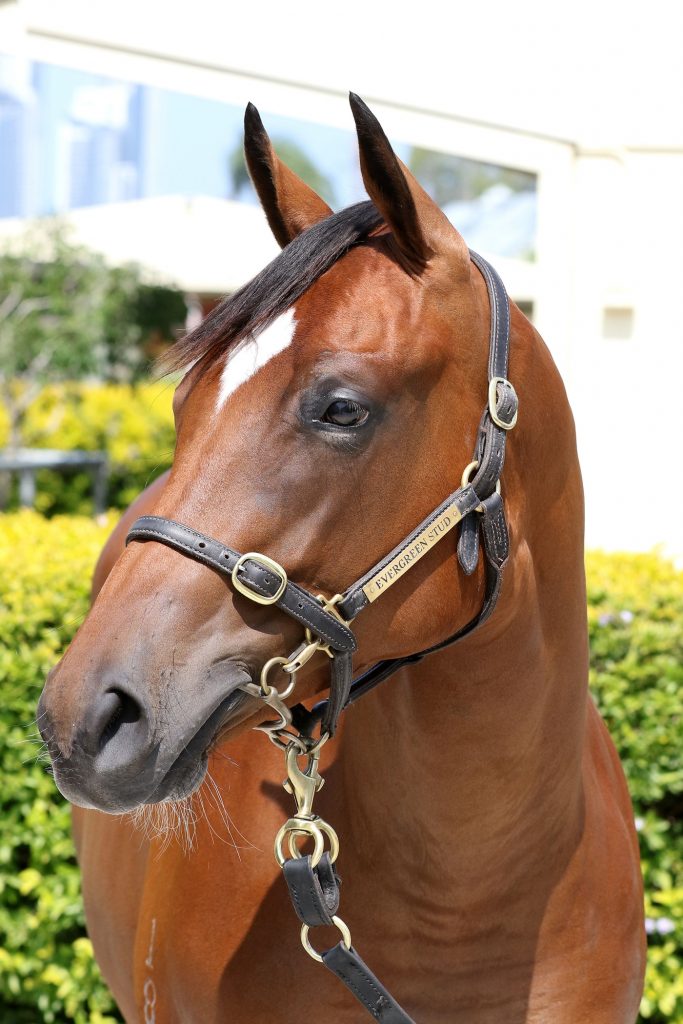 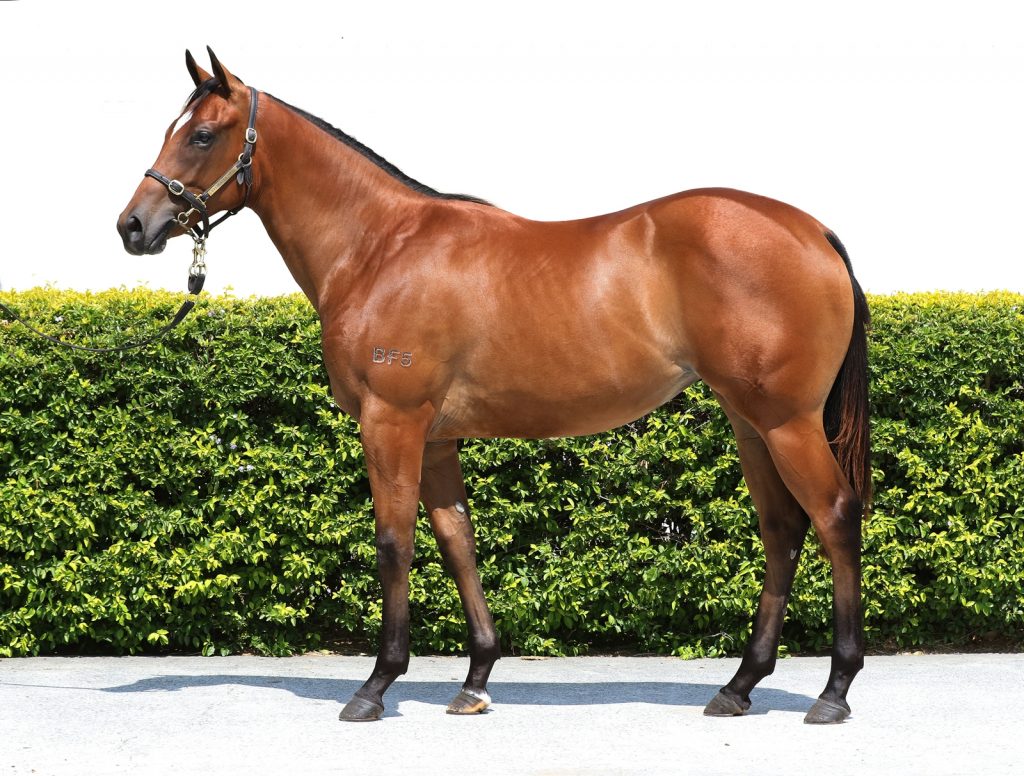 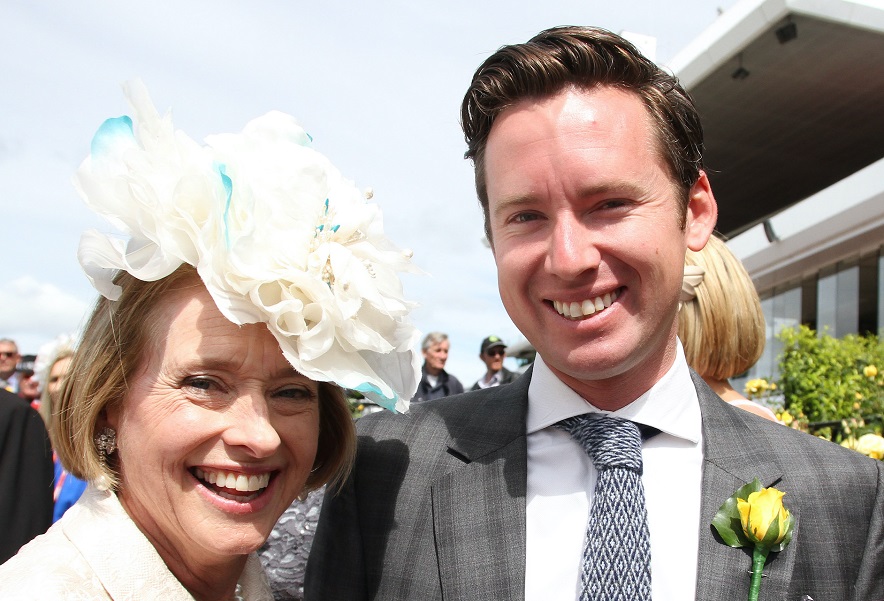 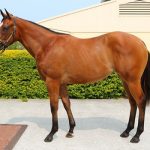 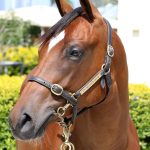 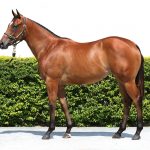 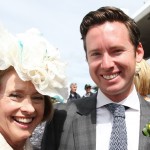 We certainly found the key to purchasing successful yearlings by Hinchinbrook that run early at 2. Purchased from the highly regarded draft of Evergreen Stud. This is the last yearlings by the ill-fated Hinchinbrook, so it may be your last chance.

This filly is an early foal, 10 August, and fits the mould of racing early as a 2yo. She is compact and a great size. She has 2yo written all over. Loads of power in the hind quarters and has such a lovely walk, with a big overstep. Very hard to fault, a horse that has been put together really well.

The Hinchinbrook filly is currently in pre-training at Doran Park with astute horseman Gordon Pratt. She will go to Gai Waterhouse and Adrian Bott’s stable to target the early 2yo races.

She is a double cross of Danehill and rates highly with a Nick Rating of A+ and also passed 100% clean on his scope, x-ray and clinical examination.

The now deceased HINCHINBROOK was a top-class juvenile winning the Group 3 AJC Skyline Stakes and Listed Canonbury Stakes before being the first colt home when fourth to Crystal Lily in the Group 1 STC Golden Slipper and was then third in the Group 1 AJC Sires Produce Stakes. Hinchinbrook trained on at three for Group 1 placings in the AJC All Aged Stakes, M RC Oakleigh Plate and MVRC William Reid Stakes.

HARMONIZED FEELING by Show a Heart. 2 wins at 1200m, 1300m. She was an above average racehorse winning both her races in town and also placing 3 times in town. This is her 3rd foal.

She has strong bloodlines on both sides of the family.

A champion sire in his own right with earnings of over $53 million, 25 stakes winners, 38 stakes placegetters. A top shelf broodmare sire, with earnings over $31 million.

Gai has gone on to achieve as much as humanly possible with racehorses. While many would rest on their laurels after such success, Gai simply wants to win more and more. Owners can rest assured that the Lady Trainer wants to win races just as much if not more than they do! Confirmation of this dedication to excellence came after just fifteen years of training. Gai was also inducted into the Australian Racing Hall of Fame (2007). As we stand, in just over 20 years of training, Gai has amassed over 135 Group One wins and currently sits third on the all-time list (Group One winners) behind T.J. Smith and Bart Cummings.

In addition Sydney’s two best races, the Golden Slipper and Doncaster Handicap six and seven times respectively. Gai is by far the most successful trainer ever in the Sydney Spring. ‘Make hay while the sun shines’ is a phrase one often can hear Gai quoting. This attitude is reflected by Gai’s results in the best races contested during the Sydney Spring Carnival. The Flight Stakes (7 wins), the Epsom Handicap (7 wins) and the Metropolitan Handicap (8 wins). Being at the mercy of Gai each and every year.

Gai gives each and every horse that comes into her care every possible chance to succeed. Only six horses in the history of Sydney racing have won the two-year-old Triple Crown and Gai has trained two of them (Dance Hero 2004 and Pierro 2012). In addition Gai has won more Group One races for two-year-olds than any other trainer.